The work made in my fourth residency at the Vermont Studio center had two distinct personalities. In the first part of my time there, I played with large scale narrative paintings that included mythological characters and otherworldly elements.

Half way through my residency, however, I received a call from home that our family business, an aircraft repair hangar, had burned to the ground. Being greatly affected by this news, I needed to process it via painting. Thus, the second series completed had a much different aspect. These paintings became very monochromatic and took on the form of abstract representationalism, for lack of a better descriptor. They were also much smaller, and intimate in size.

Interestingly, it was this latter, darker and more serious series that garnered the most attention. 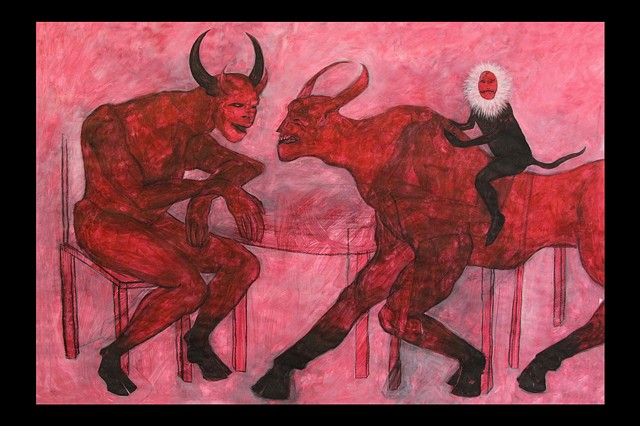 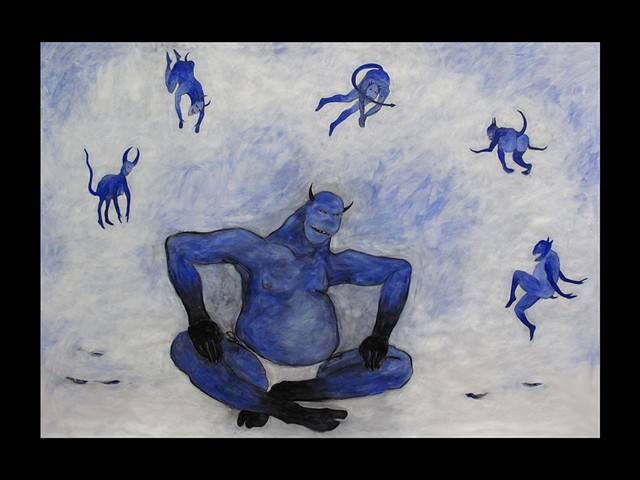 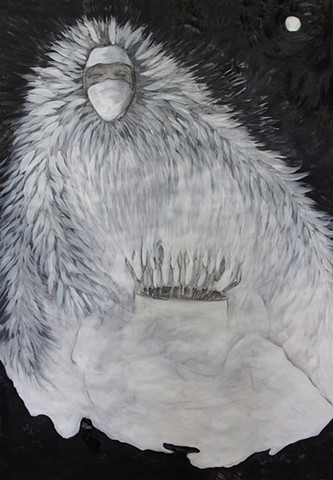 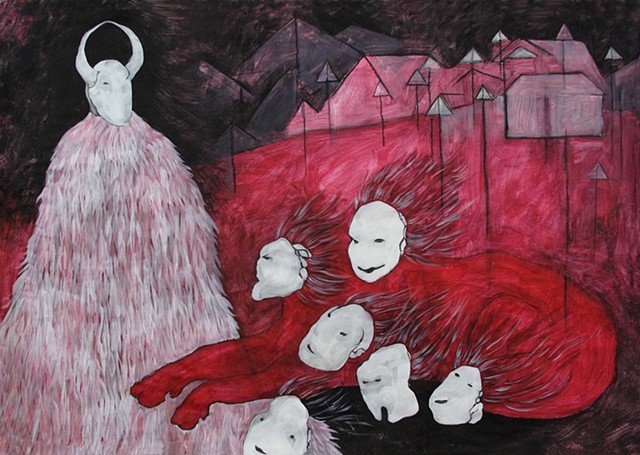 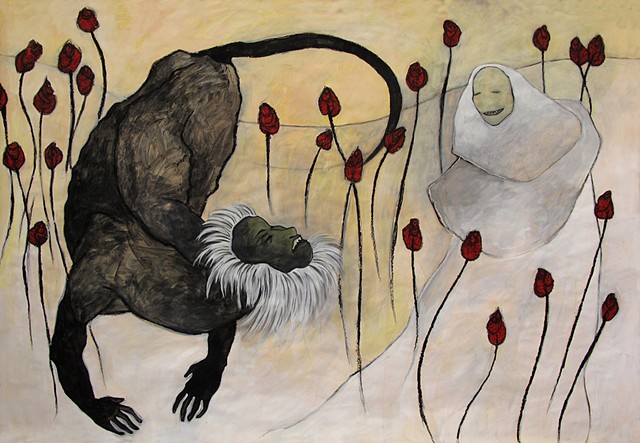 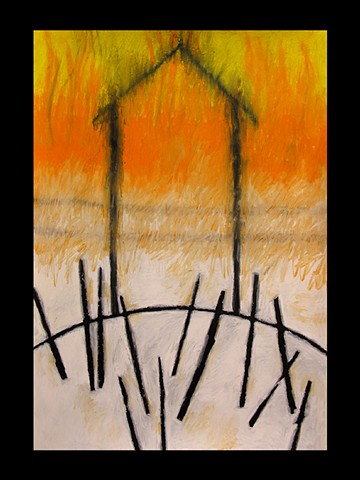 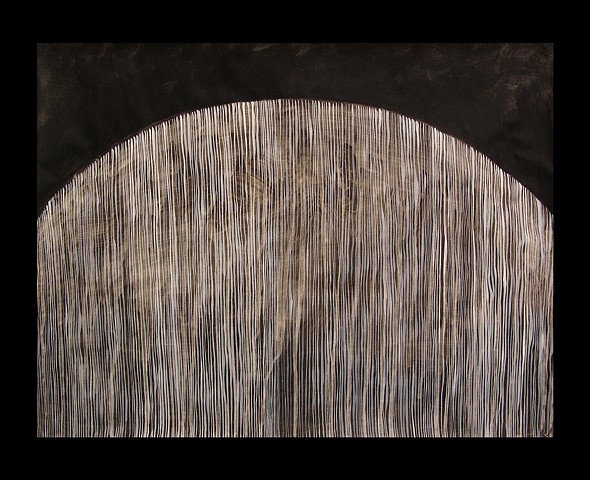 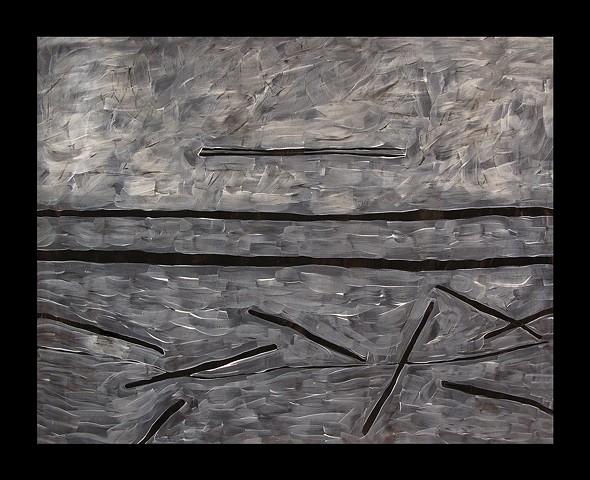 What is Left
Tempera and gesso on paper
18"x23" 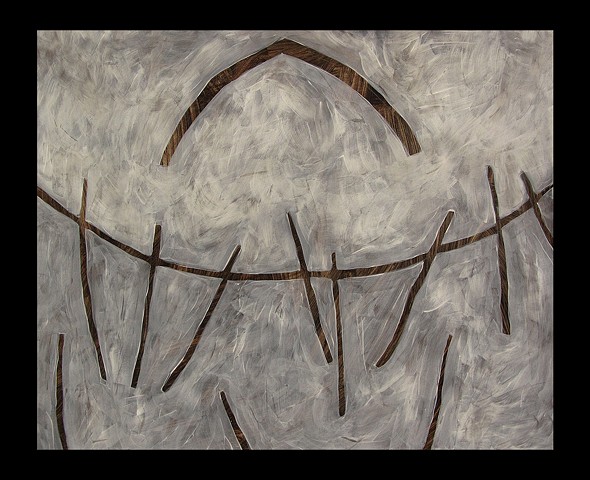 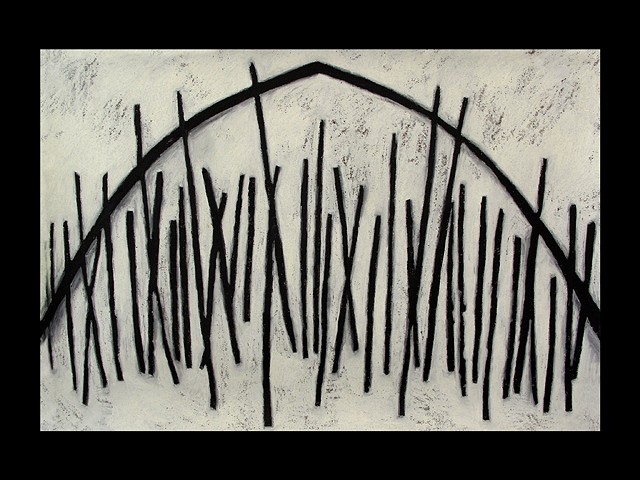 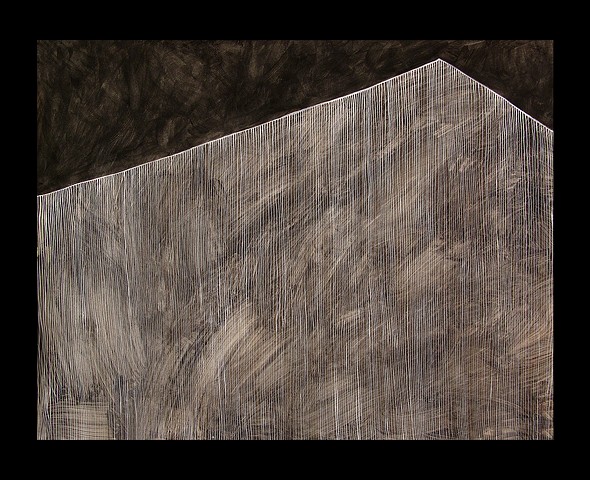 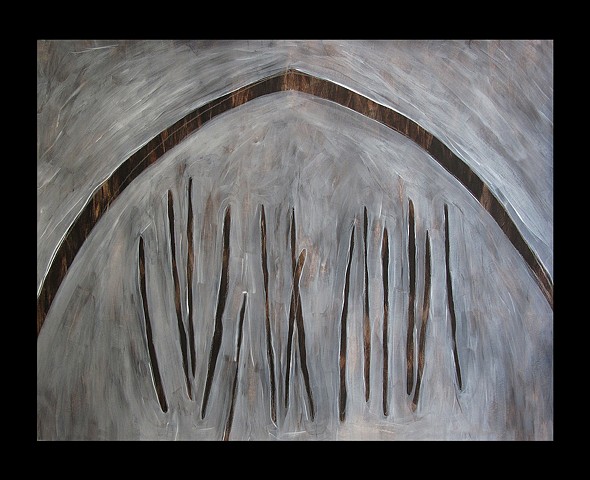 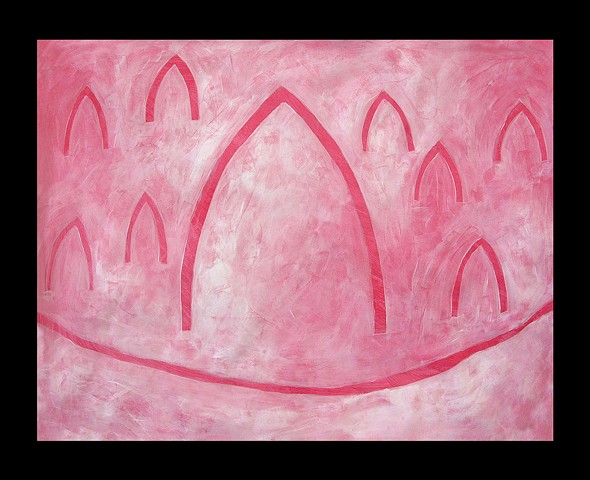 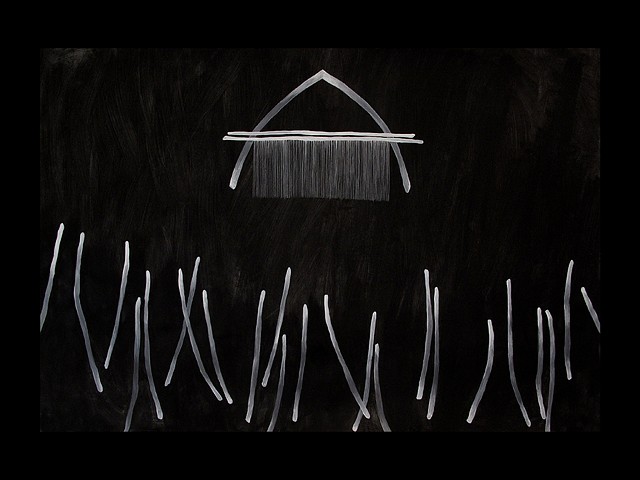 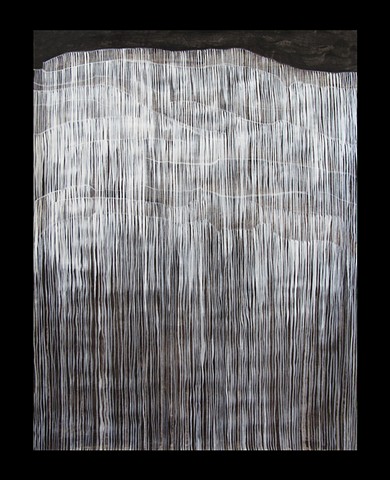 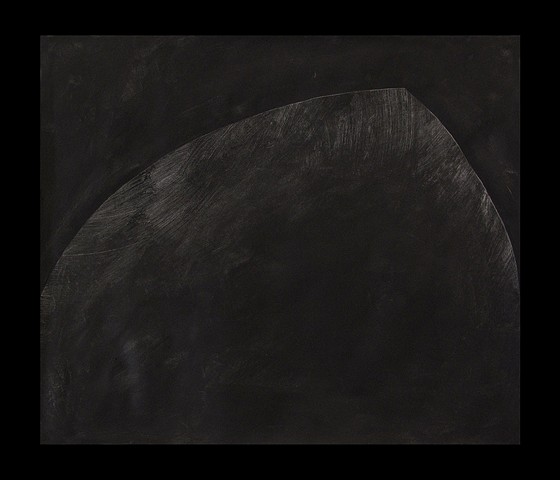